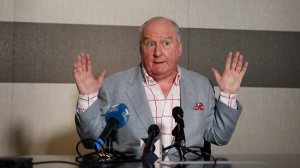 Social media, that beautiful, grand behemoth of public expression, has always been a power for change, good and bad, and now ugly too.
Ugly because increasingly we’re seeing social media used as a tool to bully people into our way of thinking. I call it ‘cyber lynching’, the moment a common cause is hijacked by opinionated, anonymous contributors who go beyond asking for social change, and begin demanding it, with threats of violence and aggression the tools of trade.
And it has brands and advertisers running scared.
Here’s an example. In Australia recently radio talkback personality Alan Jones made a highly inflammatory remark about the death of the father of Australia’s prime minister, Julia Gillard. His remark was reprehensible, and not worth repeating here and I do not support Jones in any way. Rightly so it quickly drew the condemnation of the local media, politicians, and fellow commentators, who lambasted the thoughtless Jones. He was left embarrassed and shamed, and issued an unequivocal apology, as he should have done. And there the matter should have ended.
But it didn’t end there. Jones, a dinosaur of the old media, became the whipping boy of the millions of proponents of the new media … social media. Many wished for the return of his cancer. Others demanded he be lynched. Even the Australian Attorney General used Twitter to comment that at 70-something, Jones would thankfully not be around for much longer. The Attorney General!
And a Facebook group calling for his sacking was quickly hijacked by tens of thousands of angry activists, a virtual cloud crowd, who contacted both the radio station Jones works for, and the companies who advertise on the station and Jones’ program in particular. What began as calls for his resignation soon escalated into violent demands for advertisers to withdraw their support for his program. But not happy with the cyber bullying, the activists began swamping the companies, some of whom were small restaurants and two man operations, with nasty phone calls, tens of thousands of emails that overloaded servers, and even frightening face-to-face confrontations.
More than 50 advertisers pulled their advertising, costing the station around $2 million a week. Many did so because they disagreed with Jones’ horrid statement. Fair enough. But many more did so because they feared the public backlash against their business. Even a school pageant Jones had voluntarily supported for 30 years was bombarded with hate mail and threats of violence.
While I support the right to free speech, I believe this is a highly worrying turn to the dark side for social media. I believe advertisers have the right to promote their products and services anywhere they choose fit. I also believe consumers have the right to express their views publicly, and also with their wallets. I don’t believe semi-organised mobs have the right to dictate to anyone where they should choose to advertise, or what products they should buy, especially not if they use violence and threats to back up their demands. Free expression does not give netizens the right to threaten, harass and vilify those with a different opinion.
I believe the anonymity of social media emboldens otherwise mild people to express themselves in ways they would never do so in person. The Twitter trolls who gang up on celebrities and others are a prime example of faceless cowards hiding behind their keyboards. It’s like road rage. From the safety of their car people feel free to scream obscenities and throw the finger at the slightest road infraction, yet would they do so if you accidentally bumped into them on the sidewalk?
I wonder if many of those who bombarded the Alan Jones advertisers have ever even listened to his show, or know his audience, who appear to still support him? I wonder if they even fully understand the full complexities of the issue. Yet, with the click of a mouse they can join a grand crusade to change the world. Perhaps it’s the simplicity of social media, its immediacy, that allows an honest movement to become an out of control horde?
The Kony2012 campaign is another example. Literally tens of millions of people rushed to support the hunt for an African warlord based on a highly emotive video posted on YouTube. An international movement arose overnight, and I’ll admit I joined in too. But within weeks, many of the claims made by Kony2012 organisers unravelled. Many of their aims became murky and mired in religious preaching, and as quickly as it all began, Kony2012 went from hero cause to ‘what the heck just happened?’
Speed, ease, simplicity. The things that make social media so enjoyable and compelling, also make it so easy for us to get caught up in causes before we know what we’re really supporting.
Let’s not become cyber lynch mobs. Let’s use this magnificent medium as the tool for positive change and global enablement it should be used for. Let’s think before we ‘click’.

* This post in no way indicates my support for Alan Jones or his comments. Personally, I don’t listen to him and never have, so I don’t care what his views are, nor do I wish to expose myself to them. But I respect the rights of his listeners to support him and to share his views and opinions, and I respect the right of advertisers to reach out to those listeners.

4 thoughts on “Cyber lynching … when the cloud crowd turn feral”