Stupidity, not social media, to blame for sport star’s disgrace 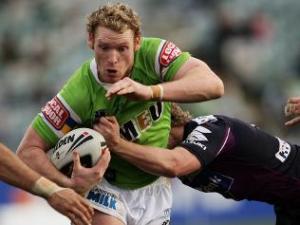 In an era in which social media is an increasingly common part of everyone’s lives, it staggers me that public figures remain mystified when the medium is used against them. Take the case of disgraced Australian sports star Joel Monaghan, the footballer who allowed his teammates to photograph him in a sexual act with a dog (yes, you read that correctly). When pics of the act were Tweeted to the world a few weeks after the incident, Joel’s first response was to blame social media. While acknowledging his act was disgraceful, Monaghan said it was social media that was ultimately to blame because had the pics not been Tweeted by one of his teammates, his act would never have made it into the public eye.

Okay, so he has a point. Twitter did allow his act to become an international sensation. Within hours of the first pic being Tweeted, Monaghan was in damage control. In under a day he was sacked by shocked team officials while the image sped around the world, ending up as headline news in both online and offline media. But like so many public figures before him who have been brought undone by the public posting of their various acts of shame, Monaghan seems blind to the cause of his disgrace. He committed a sex act with a dog. He did it in front of giggling teammates, who took pictures. Social media didn’t get inside his brain and drive him to what can only be described as the most vile and disgusting meltdown any sports figure, anywhere, has suffered.

Joel Monaghan committed a sex act with a dog. Twitter did not. By Monaghan’s reasoning, had he crashed his car while drunk and killed an innocent bystander, the car would have been to blame, not poor drunk Joel. Monaghan is fundamentally wrong. He is to blame for his actions. As too are the multitude of public figures who regularly come unstuck when their acts become public.

Here’s a word of advice to any public figure. Social media and mobile phones mean you are constantly surrounded by would-be journalists. Everyone with a mobile phone camera has the power to bring you unstuck. Blame it on technology, bemoan the loss of the “good old days” when your celebrity status brought you some level of protection, but get it through your thick heads that social media is here, and you are accountable for your actions in a way unprecedented in history.

At MediaByz Digital, the company I work for, we work with companies to educate senior executives, and board members in particular, in the dangers of social media. We run programs that highlight what can go wrong if you don’t stop to think. Our programs are designed to protect brands from accidental damage caused by inappropriate use of social media by their public representatives. But increasingly we’re finding that we end up educating these intelligent, successful people in basic life skills. It amazes me how quick people are to accept my “friend requests”, when they have little idea of who I am. I do this before a training session because it allows me to use a relevant example of how easy it is to gain access to a person’s personal life. In almost every case, there’s a pic I can grab that can be embarrassing. A funny dance shot, drunken Christmas party pic or similar is an easy way to show executives how easily they can be “taken out of context” with the right accompanying story or caption.

It works every time, with most course participants shocked at how easily their own imagery can be used to embarrass or discredit them. While we do it in a lighthearted way in training, the same is not true of the modern media landscape.

Journalists, at least the clever ones, are prolific at befriending people on Facebook, Twitter and so on. Why? Because as soon as they do, they download any potentially awkward imagery from the public figure’s site. Next time there’s a report of said figure in a drunken rampage, the journo simply finds an image from his library which shows the figure looking drunk, and hey presto, photographic proof of the figure’s “guilt”.

In the case of Monaghan, his own teammates used the photo to discredit him. And what an easy low blow. Monaghan should never again wear a representative or team jersey. He deserves his disgrace. But so too do his teammates for condoning such an act. More importantly, they deserve their own public shame for publishing such an image. These are not normal people. They do not sit within the boundaries of what society accepts from anyone, much less a sports “hero”. I don’t care how drunk they were, this group act sets them outside of what we can, and should, accept. But make no mistake, this scandal was NOT caused by social media, any more than a drunken car accident is caused by the car.

In this case, social media should be praised for exposing such abhorrence among us. Social media does make journalists and historians of us all, and times have changed. Overpaid, overexposed and overindulged public figures need to wake up to the fact that they are under constant surveillance, like it or not. It’s the price of fame and if you don’t like it, go get a job that pays the average wage and leaves you to your anonymity.

For those who are in the public eye, social media is a double bladed sword. Used wisely it can promote your brand, support your cause and drive your popularity. But don’t cry when it goes the other way. After all, the media (and I’m talking old school print and electronic), have been doing the same thing for many years. Everyone loves a winner, but how quick the mighty fall when a scandal breaks (just ask Bill Clinton, Jerry Falwell and Joel Monaghan).