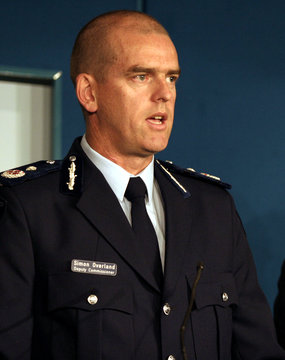 Australian police have beaten an online stalker at his own game, serving an apprehended violence order on him via his Facebook site. The man had been harassing his ex-partner via Facebook. When she successfully gained an AVO on the man, police were thwarted in their attempts to serve it on him as he had moved address and couldn’t be located through standard means.

So the police turned to social media, posting a video of an officer reading out the terms of the AVO on the man’s Facebook wall. It poses an interesting twist in social media, with courts now enabling police and other authorities to use the medium as a way of enforcing the law. Putting aside privacy issues, the ability of police to track offenders using social media is a natural progression for this growth medium. They have long had the ability to track cyber crooks via their digital fingerprints, with technological advances allowing authorities to go far beyond their previous reach, nabbing everyone from fraudsters to stalkers.

But previously, they have relied on using the technology to physically locate an offender and bring them to justice. Now it seems simply locating an offender online and serving them a warrant is enough. This obviously only works in cases where taking the offender into custody is not required, but it will have a lot of people feeling nervous. Those owing money may soon find themselves served with court orders on their Facebook wall. Traffic offenders and welfare cheats might also find themselves facing the long digital arm of the law, especially if recent “name and shame” tactics continue to be employed.